Surfing the Internet — Is That Still a Thing? 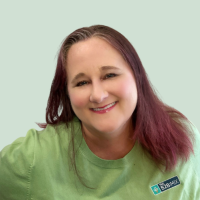 I had an interesting discussion with my sister, Alanna, today.  She told me about a conversation that she and another person had about the phrase “surfing the internet.”  The other adult, who is a leader of a children’s group at her church, told Alanna that she was talking to the kids about “surfing the internet.”  They all apparently had quizzical looks on their faces.  One asked, “what is ‘surfing’ the internet?”  The rest echoed the confusion by saying they had never heard of that.

At first I thought it was kind of funny — who hasn’t heard of “surfing the internet!?!”  Then I realized that surfing the internet really probably isn’t a thing anymore for most users.  When the internet was new-ish and novel, people probably spent a lot more time casually surfing looking for the latest dancing baby video (circa 1996 — go watch episode 12 of Ally McBeal on Netflix or check out this clip on Youtube).  Plus, and probably most importantly, Google changed the way we find things on the internet.

As noted by Jon Wade in his 2011 post, “Google Killed Surfing,” surfing doesn’t mean the same thing anymore:  “To surf the web used to mean finding an interesting new website, usually by first visiting your favorite web directory, and then following the links on those pages to other interesting websites on a similar subject. This method of navigating the web may seem extremely inefficient today but 15 years ago it was the only way to get around the web.”

We all know what has become of those links nowadays — SEOs who built links to improve client Page Ranks ruined the joy of linking.  The Penguin update has sent many website owners on a panicked race to remove every inbound link from sites that seem to have low domain authority — even if the site is actually relevant and drives traffic (I’m not talking spammy sites — I’m talking a new blog that is well written, for example, but still has a low Page Rank because it’s really new).  Site owners who are receiving removal and “nofollow” requests from sites that they innocently linked to may be thinking, “what’s the point of linking to great sites?”  Now we lose the delight of discovery from a trusted website — trusted by the reader anyway, if not the search engine.  It’s not all Google’s fault.  Much like with everything we touch, the greedy among us seem to mess it up for everyone else.

However, the speed of things these days makes surfing and discovery inefficient.  Google’s algorithm updates have afforded searchers the luxury of finding desired information within a few clicks.  So, don’t get me wrong — thank goodness for a better search engine experience.  Just a little sadness for the good old days when you could come across a hidden gem  during a surfing safari online.

Social Sharing – the Answer to Surfing . . . for Now

Some may argue that although we don’t surf the internet the way we used to, we still have social media to help us discover those hidden gems.  That’s true . . . for now.  I believe, though, that the way we interact with social media will change–is changing.  Remember MySpace?  Holy cow.  That was the early days of social — and it wasn’t really that long ago.  You could find most anyone, share most anything, and say most anything.  Nowadays, people are more concerned with privacy, getting fired for crazy stuff they may say or share, and just avoiding people they thought they left behind in high school.  Social media is evolving to allow people to filter out information they don’t want and hide from people they don’t want to talk to.  Sure, things still go viral thanks to social media, but it’s getting harder.  Not only are people hiding or restricting what they receive, they are on several platforms at once and abandoning old ones more quickly.  Keeping in touch is getting tougher.

So, How Should Marketers React?

The most important steps online marketers can take are:

That doesn’t mean you jump off the deep end into the next new social media platform.  Understand what your specific audience is doing and how they are interacting and searching online.  Make meaningful strides to engage with key influencers in the areas where your audience interacts now.  It’s very likely those influencers will have–or already have–a presence or network on new and evolving social media platforms.  And how do you make those strides to meaningfully engage?

SEO isn’t dead.  Link building isn’t dead.  Social isn’t dying.  But, the old ways of doing those things are not necessarily the right way to approach your online marketing anymore. How are you preparing to reach your audience online?